Vous pensez Ó une application pour les Lobel Frames, autre que l'architecture ? Faites le nous savoir !
printed from www.equilatere.net
The city of Nantes (as in the case of many other large French cities) has just launched a competition for the construction of an 8,500 seat concert hall called ōthe Zenithö.

1░/ Three-dimensionally more adaptable than anything constructed up until now.
For the choice between a wishy-washy matchbox and those who desperately seeking originality at any price (particularly a price paid by local taxes) is quite varied.

3░/ Acoustically outstanding by the faceted shape of the vault which diffuses sound regularly.

4░/ Aestheticallyģ for you to judge! 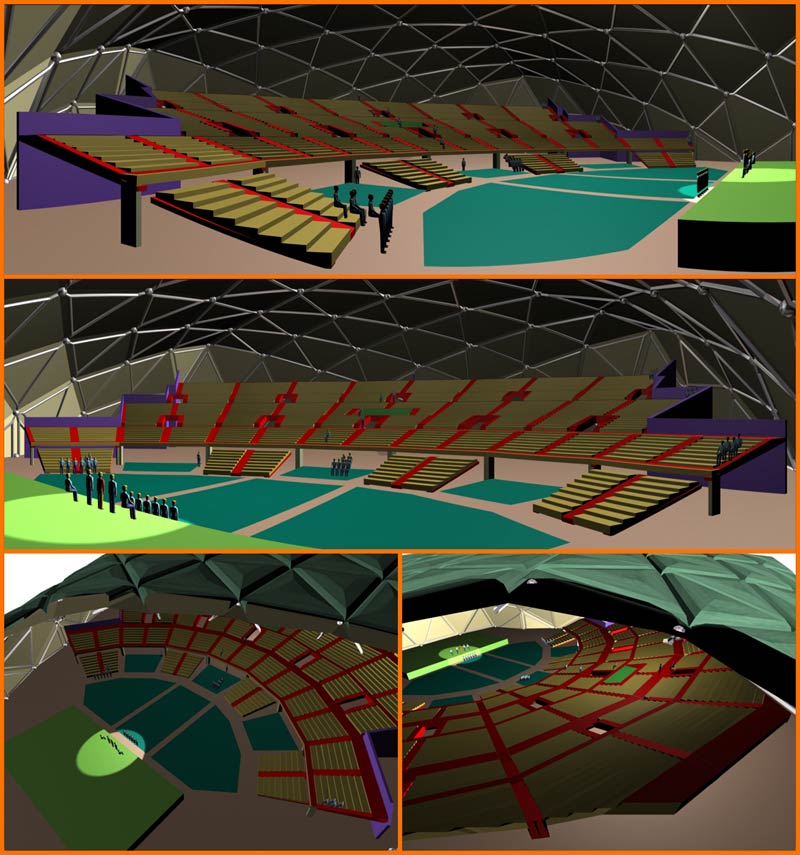 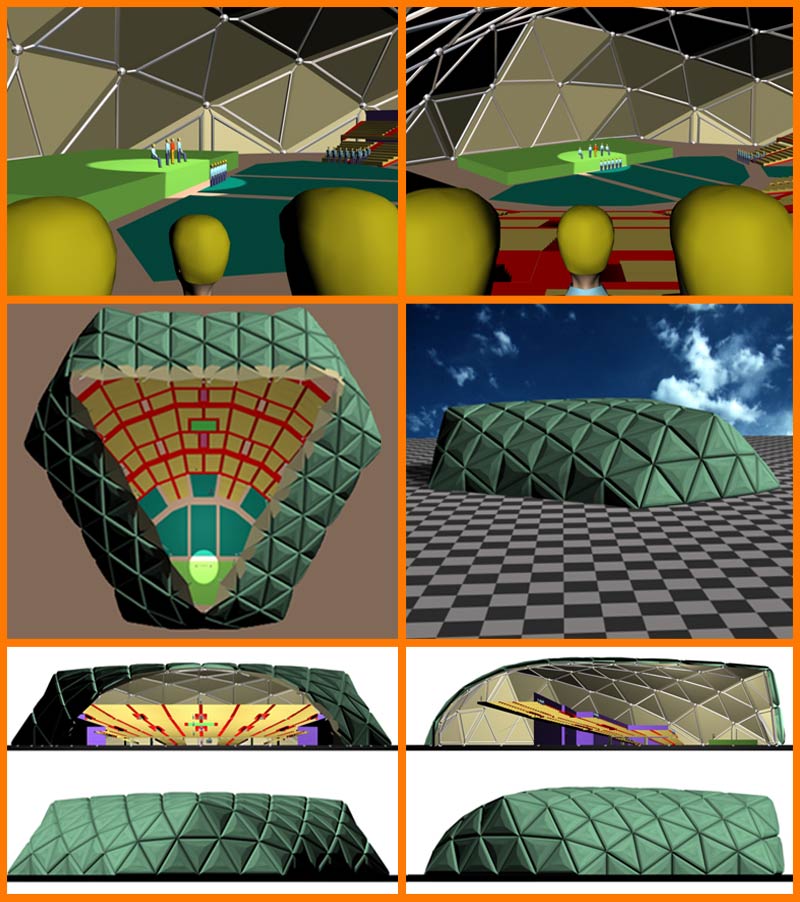 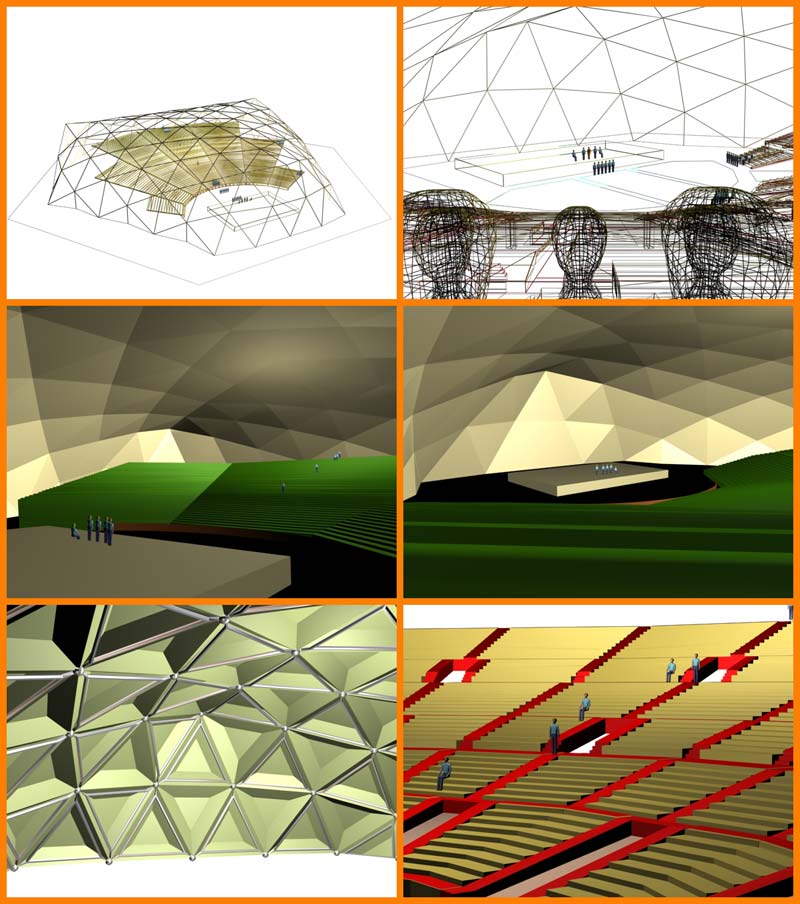 
They are the oldest means man has found to protect himself and his progeny.
They envelop us like a mother her child.
ItÆs an unconscious caress that soothes us.
ItÆs manÆs dream carved in matter.
ItÆs the open race of the bird flying towards its goal.
ItÆs the momentum that shoots up from the depths to soar to the sky.
It clears boundless space in one go when the idiotic straight line exhausts itself wanting to imitate it.
They protect us, warm us, reassure us.
I love them.